Health Benefits Of Grapefruit; In 1932, a group of South Texas citrus growers came together to form the Edinburg Citrus Association. Texas has the distinction of being the home of red grapefruit varieties.

These are only grown in Texas. In 1929, a Ruby Red was found growing on a pink grapefruit tree. Since then, Texas scientists have developed red grapefruit varieties like the Rio Star, which is the sweetest & juiciest grapefruit that you can find.

Grapefruit juice and the actual grapefruit can be part of a healthy diet. Grapefruit has vitamin C and potassium nutrients your body needs to work properly.

What is the Recommended Dosage?

Quality clinical trials upon which to base dose recommendations are limited. Improved lipid profiles were achieved with a consumption of 1 grapefruit daily for 30 days.

Grapefruit juice 8 oz, or half of fresh grapefruit, 3 times a day before each meal for 12 weeks resulted in weight loss in a clinical trial evaluating the effect on metabolic syndrome.

How Do They Grow?

In 1970, the grapefruit diet plan was promoted widely to achieve a loss of 10 lbs weight in 10 days. The fruit is customarily a breakfast fruit. Some consumers sweeten it with sugar or honey. Some add cinnamon, nutmeg, or cloves.

It is also served as an appetizer before dinner. The sections are commonly used in fruit salads, puddings, and tarts. It is also processed as marmalade in Australia. The juice is marketed as a beverage.

It has been demonstrated to have a preventive influence on many chronic diseases, such as cancer and cardiovascular diseases. An essence prepared from the flowers is taken to overcome insomnia, also as a stomachic and cardiac tonic.

The pulp is considered an effective aid in the treatment of urinary disorders. Leaf extractions have shown antibiotic activity. However, since the early 1990s, the potential health benefits of grapefruit have been overshadowed by the possible risk of interactions between drugs and grapefruit juice.

The use of grapefruit juice with a few drugs may lower plasma drug concentrations by inhibiting drug absorption catalyzed by the organic anion transporting polypeptide.

It also inhibits P-glycoprotein, a transporter that carries drugs from the enterocyte back to the gut lumen, resulting in a further increase in the fraction of absorbed drugs.

A single normal amount (e.g. 200-300 mL) or by whole fresh fruit segments can inhibit drug-metabolizing enzymes, can increase the oral bioavailability of a drug, and enhance its adverse effects [5,6]. Enhanced oral drug bioavailability can occur 24 hours after juice consumption as the duration of effect of grapefruit juice can last 24 hours.

These interactions appear to be influenced by individual patient susceptibility, type, and amount of grapefruit juice, and administration-related factors. Therefore patients should take their medications at least 4 hours distant from fruit juice intake.

It has high antioxidant activity. It contains lycopene, limonoids which appear to have anti-tumor activity. It can reduce blood levels of LDL and triglycerides as well.

Substances in grapefruit can change the metabolism of the drug and increase the amount of medication that enters the bloodstream to dangerous levels.

The amount of drug-metabolizing enzymes may vary from person to person. So grapefruit juice may affect people differently. Table-1 shows the possible drug interaction of Grapefruit juice.

It is a popular diet staple among those looking to lose weight. A high metabolism can continue to burn fat in the body even when it is resting. A study found people who ate half a grapefruit before each meal, without making any other dietary changes, lost an average of 3 and a half pounds over 12 weeks.

The copious amount of enzymes, high-water content, and less sodium helps burn fat easily. While grapefruit does not have any magical fat-burning properties, it is low in calories and is a good source of fiber, which helps keep us full for longer by taking longer to digest.

It also has a high water content which can help you feel full and stay hydrated.

Known for its bitter taste of grapefruit has been found to successfully prevent the formation of kidney cysts. According to a report the naturally occurring compound regulates the PKD2 protein that is responsible for the condition.

The antioxidant and anti-inflammatory effects not only help prevent the formation of cysts but also reduce swelling in the kidneys that are caused by fluid retention.

Drinking up to a liter of grapefruit juice daily will help reap the greatest benefits in effectively blocking the formation of kidney cysts.

The antioxidant vitamin C has been linked to a decrease in the risk of certain cancers. A study found grapefruits help repair damaged DNA in human prostate cancer cells. Stimulates DNA repair in these cancer cells and protects the body from developing cancer.

Diets high in vitamin C, which is an antioxidant found in many fruits and vegetables such as grapefruit, had been linked to a reduced risk of cancers of the stomach, colon, bladder, breast, and esophagus. Cautions these results are specific to vitamin C rich foods, rather than supplements.

It is well known any fruit rich in vitamin C will strengthen and support our immune system. Vitamin C works with other micronutrients that provide good and regular nourishment for the body.

Micronutrient deficiencies of vitamins A, B6, C, and E have been found to alter immune responses in animals and are thought to have a similar effect on the human immune response.
Maintaining good levels of vitamin C in the body can reduce the severity of cold symptoms, acting as a natural antihistamine.

This makes it helpful in controlling allergies since it reduces histamine levels. It is abundant in vitamin C which helps supports the immune system. Half of a grapefruit provides about 78 percent of your recommended daily intake of Vitamin C.

Simply eating two grapefruits a day can prevent and even reverse damage caused by gum disease. A  study found the daily consumption of grapefruit can reduce gum bleeding for those who suffer from gum disease.

The participants in the study also showed an increase in their vitamin C levels, which aids in the repair of gums. Vitamin C is essential for healthy gums, which helps keep our teeth firmly in place.

Although grapefruit has a sub-acid taste, its juice has an alkaline reaction after digestion. This has a profound effect on the treatment of acidity in the digestive system that causes a host of other health problems.

Pectin in this fruit is effective in reducing the accumulation of arterial deposits, and vitamin C help to strengthen and maintain the elasticity of arteries.

In another study, the bioflavonoids found in grapefruit was discovered to even halt cancer cells from spreading in breast cancer patients, by ridding the body of excess estrogen.

A common cold is usually your body telling you that you are overworked. A regular drink of grapefruit during a stressful period gives your immune system the boost needed to prevent it from coming on.

A certain compound found in grapefruit helps reduce the excessive production of cholesterol from the liver.

A diabetic can safely eat a grapefruit. More consumption of this fruit will help reduce the starches and sweets in the system. If you tend to diabetes, consume more grapefruit juice to prevent it.

This juice helps to promote digestion by increasing the flow of gastric juices. Eat the fruit together with its rind for its extra fiber that aids bowel movements.

The bioflavonoids and vitamin C help to reduce water retention and swelling of the legs during pregnancy.

This fruit has a fat-burning enzyme and can help to absorb and reduce the starch and sugar in the body. It is widely consumed by people who are trying to lose weight. If you don’t fall under the category of people mentioned below (look at the “Caution” column), then take a glass of grapefruit juice twice a day and eat normally.

Grapefruit Diet: What you can eat?

In most versions of the Grapefruit Diet, a small variety of foods are required at breakfast, lunch, dinner, and bedtime. Dieters are encouraged to drink black coffee and plenty of water throughout the day.

2 eggs, 2 slices of bacon, black coffee, 1/2 grapefruit or a glass of this juice.

Salad with salad dressing, unlimited meat, and 1/2 grapefruit or a glass of grapefruit juice.

Red or green vegetables (except starchy ones such as peas, beans, corn, sweet potatoes) or salad, unlimited meat or fish, and 1/2 grapefruit or 227 ml grapefruit juice.

In the Grapefruit Diet, you can use all the butter and salad dressing you desire and prepare foods in any method, including fried. Grapefruit juice must be unsweetened.

Any food or beverage not on the diet is not allowed. Snacking is only permitted after dinner. Drink eight glasses of water a day. Eat all of the approved foods.

Reports of adverse reactions to grapefruit consumption are limited to drug interactions. Case reports exist of allergy to pectin and pectin-induced asthma. 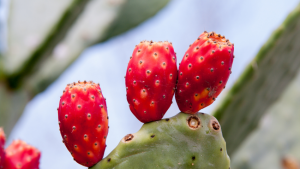 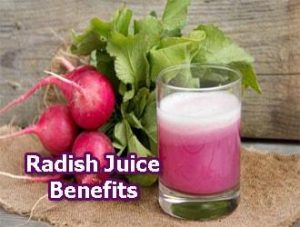 What Are The Benefits Of Radish Juice (Raphanus Sativus) 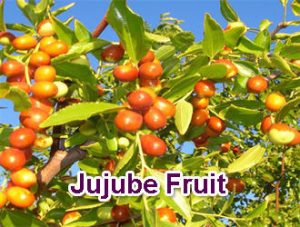 What Are The Benefits Of Jujube Fruits