What is Horse Chestnut? (Aesculus Hippocastanum)

Horse Chestnuts ( Aesculus Hippocastanum) are favorite trees of gardens, parks, and roadways under moist climates. Numerous horticultural varieties have been described. Horse Chestnut is a large deciduous, rapidly-growing tree that can reach a height of 36 meters.

It is native to the countries of the Balkan Peninsula, but because of its large, showy flower clusters, the tree is cultivated worldwide for its beauty. Flowers are white or pink with a small red spot.

Leaves are large, consisting of either five or seven leaflets and the fruit is round with a thick, green, spiny husk containing a glossy brown seed.

Historically, the seed extract was used as a treatment for many ailments, including rheumatism, rectal complaints, bladder and gastrointestinal disorders, fever (first written account in 1720), hemorrhoids (as early as 1886), and leg cramps.

In the United States, HCSE is gaining wider acceptance as an effective therapy for venous disorders and edema, based on the publication over the last two decades of numerous randomized controlled trials in prominent, peer-reviewed journals.

The primary active constituent found in horse chestnut seed extract is aescin (also known as escin). Aescin is a mixture of triterpene saponins present in two forms, a and b, which are distinguished by their water solubility and melting points.

Recommended Use of Horse Chestnut

How To Horse Chestnut Works?

This improves the return of blood to the heart and discourages the pooling of blood and resulting edema (fluid retention) that is often seen in the ankles and lower legs of persons with CVI.

This anti-edema effect is also enhanced by aescin’s ability to help pooled fluid drain from surrounding tissues back into the capillaries.

Aescin’s anti-edema and anti-inflammatory actions have contributed to its success as a topical treatment for traumatic injuries such as strains and sprains. Since this is the isolation of one constituent from horse chestnut and not an herbal extract, we’ll concentrate our focus in the next section on the use of HCSE for CVI.

HCSE administration increases sensitization to calcium ions, decreases the permeability of small vessels, and enhances venous contractile activity, thereby improving venous tone and having a “sealing effect” at the sight of injury.

The result is decreased edema and swelling. Aescin’s anti-edematous property is also attributed in part to its inhibition of hypoxia and the resultant reduction of ATP content in endothelial cells.

The anti-inflammatory properties of aescin have been demonstrated in animal models and suggest it interferes with the release of inflammatory mediators by decreasing leukocyte activation and adhesiveness.

In a rat model of pleurisy, aescin administration decreased leukocyte migration into the pleural cavity and inhibited the release of inflammatory mediators.

A human study of patients with chronic venous insufficiency showed 5 mg aescin given intravenously twice daily for a week resulted in a 33-percent reduction of leukocyte density, a 50-percent decrease in macrophage numbers, and a 46-percent increase in neutrophils in inflammatory exudates.

Animal studies in dogs and in vitro studies using human saphenous veins demonstrated aescin’s vagotonic properties are linked to its ability to enhance the production of prostaglandin F2.

Prostaglandin F2 inhibits catabolism of venous tissue mucopolysaccharides and improves venous contractility. In dogs, 25-50 mg injected aescin resulted in a dose-related increase in venous pressure of nearly 21 percent, with an increase in final maximum pressure of 30 percent compared to baseline.

In the in vitro study using human saphenous veins, a dose-response curve demonstrated purified β-aescin increased venous tone by 10-20 percent at low concentrations that would correspond to reasonable oral dosing in humans.

The primary endpoint of the trial was skin temperature comparison between the surgical area and the contralateral side.

In the patients receiving aescin, peak hand temperature difference (between treated side and contralateral side) was noted on the second post-operative day, indicating an improvement in skin circulation and swelling, compared to subjects in the non-treated group for whom peak hand temperature difference was not observed until four days post-surgery.

Based on aescin’s anti-inflammatory and vagotonic properties and the vasoprotective antioxidant properties of troxerutin, a natural flavonoid derivative, researchers investigated whether the combination of the two would affect treating inner ear disturbances.

Many of these conditions and the resultant loss of hearing are known to be due to circulatory insufficiency in the inner ear.

It is possible that aesculin, a hydroxycoumarin, may potentiate the effect of anticoagulant medications. However, other research suggests this effect is only seen with aesculin, a bark constituent not found in HCSE.

Due to the lack of clinical research in pregnant or nursing women, HCSE is contraindicated in this patient population.

Side Effects and Toxicity

Side effects with standardized extracts of horse chestnut seed are rare. They can include itching, nausea, upset stomach, and calf spasm. 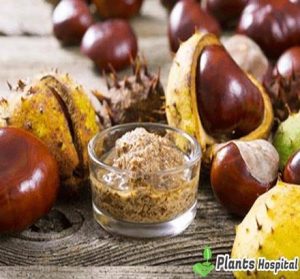 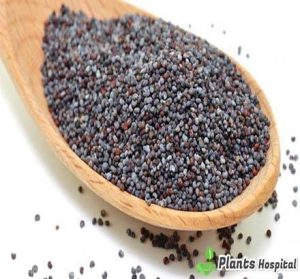 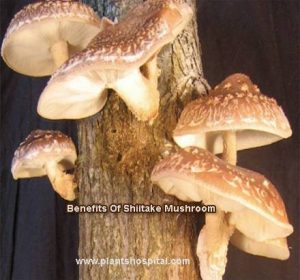 What Are The Health Benefits Of Shiitake Mushroom?