What Is Chia Seed? How to Use?

Chia seed is harvested from a flowering plant in the mint family known as Salvia hispanica, which is native to parts of Mexico and Guatemala.

Good-quality chia seed is naturally black or white (they shouldn’t be brown more on that below).

It has only become a commercially popular health food in the last decade or so, but they’re one of the oldest forms of nutrition and were a staple of Mayan and Aztec diets.

These tiny seeds can expand to hold about 10 times their dry weight in liquid. When they absorb liquid, the seeds well into gel-like globules reminiscent of miniature tapioca balls.

Most evidence shows that humans began using chia seeds around 3500 BC. Aztecs and Mayans consumed chia seeds regularly, grinding them into flour, pressing them for oil, and drinking them mixed with water.

At this time in history, chia seeds were considered to be almost magical because of their ability to increase stamina and energy over long periods.

The ancient civilizations believed that the chia seed provided supernatural powers. In Mayan, “chia” means “strength” This probably has to do with the large amounts of energy provided by chia seed.

Ancient warriors attributed their stamina to this tiny seed. This still holds for certain groups of people today.

The Mexican Tarahumara tribe is famous for their runners. These runners drink a mixture of chia seeds, lemon, and water called Iskiate.

After drinking this, they are said to be able to run hundreds of miles. Something with that kind of track record deserves our attention. (Important)

After the Spanish conquest of Latin America, chia seed and their benefits became somewhat eclipsed, as the Spanish introduced their foods and prohibited the farming of chia.

Now, as modern scientists and nutritionists are recognizing the extreme lack of certain nutrients in the standard American diet, they are looking to history for natural solutions, including chia. Because of this, it is regaining popularity and its benefits are becoming known to modern America.

In actuality, they do not have a very strong flavor. So, they can be included in a wide range of foods for a little texture.

They also form a sort of gel when mixed with liquid. So, chia can be substituted for eggs or used as a soup thickener. It can also be included in all kinds of baked goods.

What Are The Health Benefits Of Chia Seed?

Chia seeds are often referred to as a “superfood” which simply means they’re relatively denser in nutrients compared to other foods.

These seeds have around 140 calories per two tablespoons, along with a healthy dose of omega-3 fatty acids, fiber, and protein. They also contain all nine essential amino acids, which are the muscle-building protein building blocks our bodies need but don’t produce naturally we have to get them through our food.

Chia seeds don’t need to be ground before eating to get the nutritional benefits—eating them whole will have the same effect, and how you like to eat them is just a matter of personal preference.

Additionally, as a good source of both protein and antioxidants, they may nutritionally support the body in other ways that promote weight loss.

Due to their hydrophilic properties, chia seeds also promote hydration, which is important for maintaining a healthy weight.

Essentially, the net carbohydrate in the chia seed is only 1 gram per ounce, making it a naturally low-carb and high-fiber food, with a daily amount of fiber.

This fiber works as a pre-biotic in the digestive system, so it is not digested and used directly, it feeds the beneficial bacteria in the gut.

It is a great plant source of protein, containing 4.7 grams of protein per ounce. They contain all eight essential amino acids, a rarity for a non-animal-based food and are much higher in protein than many other plants.

They still don’t compare to animal-based proteins, but especially considering the other beneficial properties of chia seeds, they are worth consuming regularly.

Research essentially proves that are one of nature’s riches high antioxidant foods.

Zinc prevents tartar by keeping plaque from mineralizing onto your teeth and has an antibacterial effect that keeps bad breath germs away. Vitamin A and phosphorus are also important for strong teeth and a healthy mouth.

These tiny seeds pack such a nutritional punch that expectant mothers should also consider incorporating them into their diets.

Pregnancy can deplete your body of important nutrients, and eating chia seeds can help replace those lost nutrients while providing a much-needed energy boost.

Chia seeds are easy to incorporate into your daily routine and benefit not only the mother’s health but the baby’s development as well.

How To Make Chia Seed?

You can easily make chia pudding, one of the most popular ways to eat the seeds, by mixing a quarter-cup of the chia seed in one cup of liquid (almond milk and fruit juice are popular choices).

Once the chia seed has gelled up and the mixture is no longer watery, the “pudding” is ready to eat. This can take as little as 15 minutes, although chia pudding keeps well in the fridge for several days.

Since chia doesn’t have a ton of flavor on its own, feel free to add spices, chopped fruit, nuts, and any other toppings you’d like.

Dry chia seed can also be added whole or ground to smoothies and juices, mixed into yogurt or oatmeal, or sprinkled on top of a salad.

If you’re adding the seeds to a drink or a “wet” dish like oatmeal, they’ll swell up slightly while you eat, but they’ll retain a slight crunch.

And although these are some of the more common ways to eat chia, its mild flavor and compact size make it easy to slip a spoonful into pretty much anything so experiment.

Since chia seed is capable of absorbing a lot of liquid, it’s important to stay well-hydrated when consuming them, particularly in dry form. But you don’t have to overdo it on the water your daily eight 8’oz glasses will suffice just fine.

Whole chia seeds can be soaked and added to your detox water, smoothies, cold soups, and yogurt.

If puddings are your go-to desserts, there’s no better way to make them healthier than by adding some chia seeds. Add chia seeds to your pudding to get a thicker texture.

Then, top it up with milk, yogurt, or cocoa. You can even add fresh fruits. If you don’t like seeds in the pudding, you can blend chia seeds with the other ingredients to get a creamy consistency.

By simply combining your favorite milk with chia seeds, these puddings cannot get any easier!

This pudding is a great way to start your day or make a healthy dessert.

Adding chia seeds to any smoothie is going to increase the nutritional value and give you additional benefits. Don’t miss out on this simple way to get the most out of a smoothie!

Here’s an idea of where you can start:

How to Make Chia Seed Smoothie ?

Snacktime For The Kids (important)

Juice boxes are a go-to for packing a lunch for kids but did you know most of them are made with high fructose corn syrup and sugars. Replace those with fun snack time juices like Mamma Chia Squeeze Vitality Snacks.

The Make a Crust For Your Meats and Fish

How To Drink Chia Seed

Add some chia seeds to your next cup of tea! About 1 tablespoon should go into every 16
fluid ounces of tea. Whether the tea is iced, hot, or room temperature, it makes for a new texture with tons of healing benefits for your health and metabolism.

Occasionally, some people may experience stomach discomfort when consuming chia seeds, especially in large amounts, due to the high fiber content. As with any food, eat in moderation and always drink plenty of water.

The case for and against chia when it comes to prostate cancer isn’t closed just yet. While some research indicates it could decrease the risk of prostate tumor growth, other research contradicts this.

A 2010 study claimed that the omega-3 fatty acid alpha-linolenic acid did not increase prostate cancer risk and that it even marginally decreased the risk.

But a recent 2013 study indicates that eating foods high in omega-3 fatty acids like chia seeds which contain alpha-linolenic acid could trigger the formation of prostate tumors. This could imply an increased risk of prostate cancer. 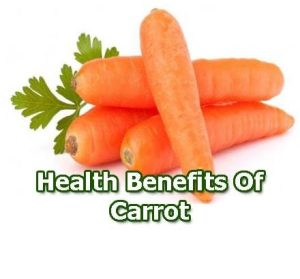 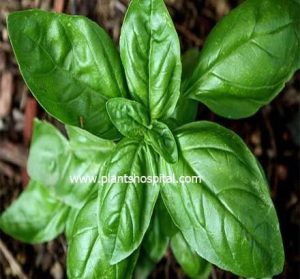 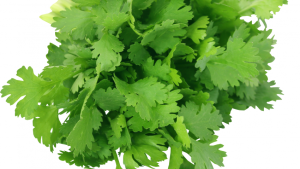 18 Health Benefits Of Coriander – Use Of The Leaves and Seed